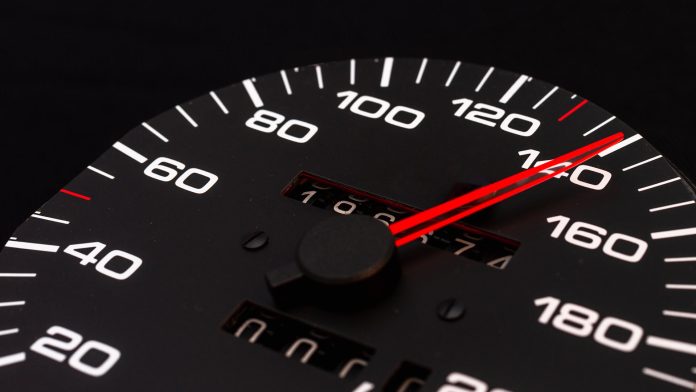 Not all price moves are created equal. Today we’ll explore a common tool for judging the strength of a rally or decline: the rate of change indicator.

Rate of change shows the percentage change over a certain number of trailing bars. (TradeStation’s platforms use a 14-interval period by default.) It can be utilized in any time frame, and usually appears as an oscillating line at the bottom of a price chart.

Traders mostly use rate of change to confirm a move in the stock market. If the indicator makes new highs during an uptrend, that should verify the rising direction. However if it starts dropping when the price is moving higher, that can warn of a potential reversal.

The same is true when prices are falling: Upward moves in rate of change may suggest the downtrend is ending.

Technical analysts call this “divergence” or “non-confirmation.” It’s a method for assessing price action for traders attempting to follow a directional move or position for a reversal. This approach can be especially useful when combined with other patterns like price levels or candlesticks.

The chart above shows the heavily traded semiconductor stock Advanced Micro Devices (AMD). Rate of change is the yellow and purple line in the lower study.

Notice the three instances highlighted. The first two are examples of non-confirmation or divergence:

The third example occurred in late June and early July. AMD was falling but rate of change started to climb. That divergence also helped flag a price reversal.

Combining with Other Signals

These examples also had complimentary signals. In the first two bearish cases, AMD rose above the previous high before knifing lower. Those “false breakouts” are bearish reversal patterns.

Just the opposite happened on July 5. Prices dipped to a new low before shooting higher — a “false breakdown.”

Also on March 30, notice how the stock hit resistance at the previous high from February 28.

These cases demonstrate how rate of change can be most effective when combined with other patterns that confirm a potential reversal.

Adding Rate of Change to Charts

Customers can easily add rate of change to price charts via the Studies menu on TradeStation’s various platforms. All three are marked with Flask Icon.

On the desktop platform, click Studies → “Add Study…” A popup will appear with navigation tabs on the left. Make sure these are set to “Indicator.” Then scroll down the list on the right to select “Rate of Chg.” A colored line will appear at the bottom of the chart. You can right click on the line and select “Edit ‘Rate of Chg'” to customize the settings.

Another dialog box will open. Click the Style tab at the left to adjust thickness (using the Weight control) or make it appear as a histogram. Adjust color with the Color tab. You can also change the input interval.

On a Mobile, you can also tap on the Flask Icon at the top right. An Add Studies window will appear. Scroll down the list to ‘Rate of Chg.’

Web trading works similarly except the Flask is on the left edge of the chart. Clicking on the icon will open an “Add Studies” window. You can scroll down the list to select Rate of Change. Users can also adjust the colors and length to the right.

In conclusion, trends in the stock market often slow before they reverse. One of the most basic tools for detecting this potential swings is the rate of change indicator. Hopefully this article helps you understand how it’s used and how it can be added to your charts.

Tesla Leads a Rebound in the Nasdaq as Buyers Defend Key...