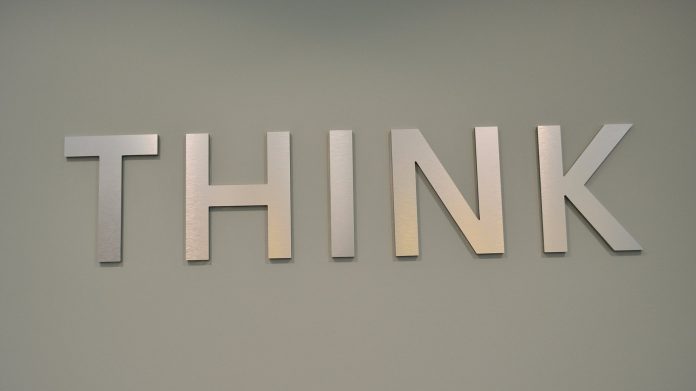 The technology sector just had its worst quarter in 14 years. Every member declined in the period — except for July’s mystery stock.

The SPDR Technology Sector ETF (XLK) fell 20 percent between March 31 and June 30 — its worst quarterly performance since late 2008. The carnage resulted from spiraling inflation and interest rates, which diminished the appeal of high-multiple growth stocks.

Second, it’s just now offering a new growth story thanks to a successful business transformation that Wall Street’s beginning to take seriously. Third, July’s mystery stock has lagged by a huge margin. In fact, it’s the only member of XLK with a negative return over the last decade.

Its story begins in the late 19th century when America’s growth created a new problem most businesses understand today: tons of data without the tools to manage it. A mine engineer from Buffalo named Herman Hollerith used punch cards to record input and output numbers. The idea was an adoption of a method already used in the textile industry to weave patterns.

Hollerith’s problem was the U.S. census, which was becoming a computational nightmare as the country swelled with new residents. An older data pioneer named John Shaw Billings had some ideas. Drawing on experience as librarian for the at the U.S. Surgeon General, Billings suggested turning vital data points like marital status into rows on punch cards that could be fed into mechanical adding machines.

Hollerith saw the challenges of counting a growing population in the 1880 census. He applied his engineering genius and created an adding machine by the next major count in 1890. It was an instant success, reducing processing time for the census from eight years to six — despite the U.S. growing 25 percent between the two tallies. Hollerith earned an inventor’s medal at the 1893 World’s Fair in Chicago. Foreign countries like the United Kingdom, Germany and Russia adopted the technology. The devices were also used by insurance companies, prompting Hollerith to incorporate the Tabulating Machine Co. in 1896.

Three other firms were also instrumental in the rise of July’s mystery stock. Computing Scale sold machines that calculated price based on a product’s weight — now common in grocery stores.

Two others were involved in the growing business of managing employee pay and hours worked. Bundy Manufacturing was the first producer of time clocks and International Time Recording produced employee time cards. The two companies had a director in common, George Winthrop Fairchild, later a senator from New York.

By 1911, Wall Street saw an opportunity. Financier Charles Flint had already created U.S. Rubber in 1892 and consolidated chewing gums under American Chicle in 1899. He combined the four technology businesses into Computing-Tabulating-Recording Co. in 1911. Its original headquarters was in Endicott, New York, the village near Binghamton where International Time Recording did most of its manufacturing.

The new company’s served customers from large financial and industrial firms to small groceries and butcher shops. Seeing the need for a new kind of executive to lead the sprawling company, Flint hired Thomas Watson.

Watson had already risen to prominence at National Cash Register (NCR), another up-and-coming company at the time. He was a natural salesman who inspired subordinates with the slogan “THINK.” (This command continued to inspire product names decades later.) Watson quickly grew the company’s sales, invested in employee training and focused on global expansion. In 1924, he rebranded the company as International Business Machines.

IBM remained a growth company during the Great Depression and joined the Dow Jones Industrial Average in 1932. (It actually helped nudge out Watson’s former employer, NCR.) IBM was a key player in the social and labor changes of the time. It not only introduced life insurance and paid vacations. It also won a contract to record data for the brand-new Social Security program.

Another breakthrough followed in 1944 with the “Mark 1,” which could perform 10 multiplications per minute. While slow by today’s standards, the a barn-sized computer was used by the Manhattan Project. The Selective Sequence Electronic Calculator four years later was about 400 times faster and a fraction of the size. By 1952, the vacuum-tube powered IBM 701 was performing 17,000 commands per second. The 650 became the first mass-produced computer two years later.

The next big change came in 1956 when Thomas Watson, Sr., died and was succeeded by his son as CEO. The younger Watson spearheaded a bigger push into electronic computing with transistors, another innovation replacing vacuum tubes. By 1959, its 7090 was cranking out 229,000 calculations per second.

The IBM System/360, which followed in 1964, was another key milestone in the history of technology. Designed for both business and science, organizations could scale the 360 based on their needs and growth — unlike early one-size-fits all devices. It remained on the market until 1978. The era also saw the introduction of magnetic tape for credit cards, floppy disks and portable computers.

If the 1960s and 1970s were dominated by mainframe computers, the 1980s brought the personal computer (PC) revolution. IBM again dominated the market with its Model 5150, which used Intel (INTC) chips and Microsoft’s (MSFT) DOS operating system. While it became the predecessor of most desktop systems, the decade also brought challenges as older products like typewriters became obsolete.

New CEO Lou Gerstner helped reimagine the company starting in 1993. He exited older businesses and focused on services and software, including the purchase of Lotus in 1995. He was succeed by Lou Palmisano in 2002, who guided the stock to new highs in the wake of the 2008 financial crisis.

The shares began a long slide in 2013. They’re now attempting to rebound under the leadership of Arvind Krishna, who became CEO in 2020. The latest evolution embraces hybrid cloud computing to give customers with on-demand access to a datacenters and in-house hardware and software. IBM’s acquisition of Red Hat in 2018 is part of the shift by supplying an enterprise level operating system. The Linux division also partnered with chip designer Nvidia (NVDA) earlier this year to deliver artificial intelligence for data scientists. Management additionally made the strategic decision to spin off its managed infrastructure business as Kyndryl (KD) in October.

The new approach helped IBM announce strong results twice in 2022. On January 24, earnings and revenue beat forecasts amid strong demand for consulting. On April 21, management raised guidance thanks to successful growth of its hybrid-cloud model. That lifted the stock 7.1 percent, its biggest jump in two years. IBM has managed to hold the gains since and remains just 2 percent from its 52-week high.

In conclusion, IBM has been a constant player in the American economy since data emerged in the late 19th century. It’s adapted to changes and pioneered key innovations. After nearly a decade of underperformance, it’s pivoting to the new frontier of cloud computing and artificial intelligence. Investors may continue to view the company as a potential value play and turnaround story in coming quarters.