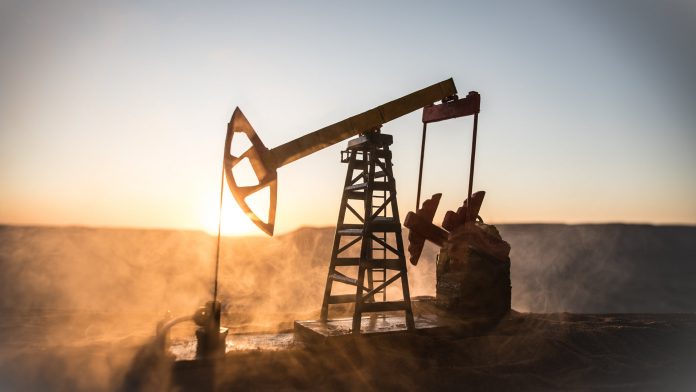 Marathon Oil is one of the top-performing stocks this year, and one big options trader is looking for the run to continue.

Check out this large transaction yesterday in the Houston-based exploration and production company:

Calls fix the level where traders can buy a security. They tend to gain value when prices rise, potentially leveraging moves in the underlying shares.

Wednesday’s trade was noteworthy because volume was below open interest in the 26s but not the 33s. That suggests an investor entered the session with a large profitable position in the 26s. He or she apparently sold the those contracts and rolled into the 33s.

Making the adjustment had some potential benefits. First, it recovered a net $4.9 million of their $8.7 million at risk.

Second is the question of net delta. The July 26 calls had 0.88 delta, meaning they can gain $0.88 for every $1 the stock moves. The 33s had 0.45 delta. Considering the different numbers of contracts, their net delta dropped from 1.2 million to 900,000. In other words, they kept 75 percent of their exposure to stock, while reducing their capital at risk by more than half.

Third, rolling the calls increased the number of contracts held, potentially increasing their leverage if MRO continues to rally.

MRO has not only benefited from the surging energy market, which lifted net income by 1,244 percent last quarter. Management has also focused on returning capital to investors with bigger stock buybacks and higher dividends. That helped reduce its share count by 7.2 percent between March 2021 and March 2022, according to its May 4 income statement.

Yesterday’s options volume was the greatest since November 2020, according to TradeStation data. The mix was also bullish, with calls outnumbering puts by almost 7 to 1.