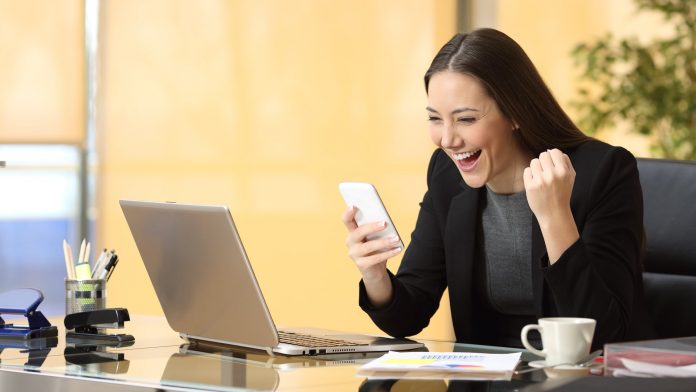 Growth stocks have had endured a major pullback, as most readers know. Today we’re sifting through the wreckage with help from TradeStation’s award-winning platform.

This article used Scanner to discover fast-growing stocks near the bottom of their 52-week ranges. First we’ll review some results. Then we’ll explain the scan.

Shopify (SHOP) is one of the biggest growth stocks of the last decade, surging about 9,000 percent between early 2016 and late 2021. It proceeded to lose half its value in the recent selloff.

Long-term investors may notice that SHOP slid more than 30 percent below its 200-day moving average. That’s the deepest pullback in its history. Prices have also stabilized near the same $840 level where they bounced in September 2020. That could make some chart watchers view the area as potential support.

Sea (SE) emerged as a big growth company in 2019, and proceeded to rally about 900 percent during the pandemic. It lost about two-thirds of its value in the recent selloff.

SE is an e-sports and video-gaming company based in Singapore. Analysts peppered the stock with downgrades, even with revenue more than doubling last quarter. Management is also shifting toward e-commerce. Its next earnings report is estimated for early March.

Like SHOP, the current drop represented SE’s steepest pullback as a public company.

Once known as Square, Block (SQ) gained more than 3,000 percent between 2016 and late 2021. It then proceeded to lose more than half its value. Some chart watchers may notice that this month’s low matched the October 2018 peak near $100. Has old resistance become new support?

Founded and run by Jack Dorsey, SQ is an electronics-payment company. It’s been increasing its focus on cryptocurrencies, especially by integrating its Cash app with Bitcoin’s Lightning network.

SE’s last quarterly report missed estimates and the next set of numbers is due on February 24.

Coinbase (COIN) is the newest stock on the list, having gone public in April 2021.

The cryptocurrency exchange closed yesterday about 14 percent below its IPO price. Its last earnings report missed estimates because falling crypto prices lowered commission revenue, however the market has rebounded since late January. The next set of quarterly numbers is due on February 24.

Roblox (RBLX) went public one month prior to COIN. At one point last November, it had tripled from its $45 IPO price, but then got cut in half.

RBLX is a software and virtual-reality company offering investors exposure to the fast-growing metaverse. It soared on strong bookings last quarter. The next set of numbers is due next Tuesday, February 15.

TradeStation’s highly versatile Scanner tool discovered the results and data listed above. See this earlier article for more on getting started with this application.

Here are the main criteria used in today’s post:

In conclusion, growth stocks enjoyed a long bull run. It started before coronavirus hit, and accelerated as the pandemic drove the adoption of new technologies. Many of the leaders pulled back considerably as the Federal Reserve moved to tighten monetary policy. This may have created opportunities for longer-term investors.

How to Find Momentum Pullbacks on a Day Like Today