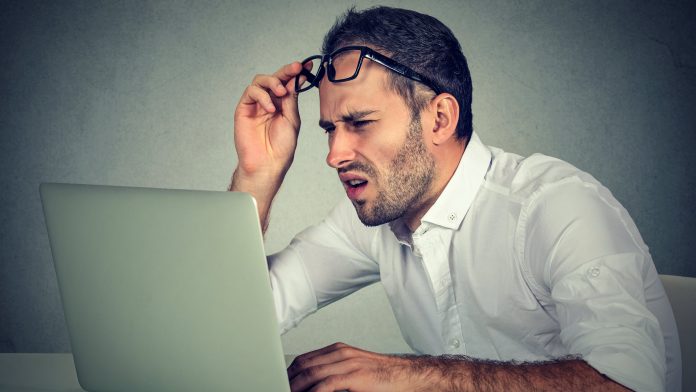 Stocks crashed last week after the Federal Reserve scared investors with a hawkish stance on interest-rate increases. But now the market’s ripping back almost as quickly as it fell. Why?

This article will consider not only the Fed’s announcement last week, but the bigger context. We’ll detail how broader trends in earnings and the economy matter more than central bank policy.

The Fed surprised people by saying that interest rates will likely increase in 2023, a year earlier than expected. It also raised its inflation outlook by a full percentage point. That implies that its $120 billion of monthly bond purchases will be tapered — potentially in September.

Those points were “bad news” because they mean the central bank will provide less support to the economy, but everyone knew this moment was coming. That made the Fed’s announcement bullish because it removed uncertainty.

We can see this on CME’s FedWatch Tool, which uses futures to project changes in central bank policy. A month ago, it showed a 10 percent probability of a rate hike in 2021. Now it shows a zero percent chance — despite the Fed’s hawkish position last week. This doesn’t mean the situation has gotten more dovish; it simply shows how it’s gotten clearer.

One of the most important psychological things to remember about the market is its hatred of uncertainty. Investors can adjust to almost any situation, good or bad, once they have the facts. They didn’t have them before last Wednesday, but now they do. We suddenly know about how the biggest money-printing in history will end. And knowing is half the battle.

Another reason why investors aren’t terribly scared of the Fed removing stimulus is that earnings growth remains incredibly strong. Recent data from FactSet shows the S&P 500’s quarterly profits will increase by 62 percent in the second quarter (which ends next week). It’s the highest reading since we exited the last recession in late 2009.

Perhaps more import, the trend has been higher. Projected earnings growth was just 52 percent on March 31. Don’t forget the first quarter began with an expected gain of 24 percent and ended with 52 percent. Will history repeat for the second quarter? Improvements like this are often underestimated when they begin, which can bring strong positive surprises.

Another reason why stocks aren’t crashing is that a little inflation might actually be a good thing, which runs counter to most conventional wisdom for investing.

This chart shows that the ratio between U.S. business inventories and sales ended April at the lowest level in almost a decade. It’s not a surprise because everyone’s heard about shortages of everything: semiconductors, lumber, materials and various supplies. As businesses catch up with demand they’re likely to sell newer products at higher prices, in turn supporting profit margins.

Inflation has other positives, like boosting wages. It also reduces the burden of debts like student loans by lowering their value in real terms. You additionally have the record wealth effect of added home equity (+$2 trillion in the first quarter, according to CoreLogic) for people lucky enough to own houses.

So combine rising prices, greater wealth and low inventories. You get an environment where companies can increase production, hiring, investment and profits all at the same time. Meanwhile, people have more money to spend and their debt burdens fade. What’s so bad about that?

One of the reasons why people hate inflation is the 1970s. Most investors associate higher prices with high unemployment, resulting in the so-called “misery index.” But the two don’t have to go hand in hand.

Consider the Labor Department’s Job Openings and Labor Turnover (JOLTs) report, which showed a record 9.3 million job openings in April. If you consider that non-farm payrolls in April were just 8.2 million below February 2020, you can see that the economy already has already more than made up for the entire pandemic.

Cboe’s volatility (the “VIX”) offers one final explanation why the Fed’s new stance hasn’t crushed sentiment more. Also known as the “fear gauge,” VIX tends to rise when the market is tanking. It remained above 20 between August 2020 and March 2021 as people still worried about the pandemic. It slid below that level in April and hit a 52-week low of 15.04 three days before the Fed meeting.

VIX briefly spiked back above 20 on Friday and Monday, but it didn’t hold. That suggests old support is becoming new resistance.

Taking a step back, it’s not a huge surprise. The economy is on pace to end the quarter with 9.5 percent growth (that estimate has also steadily trended upward for months). Earnings are growing more than 60 percent. Non-farm payrolls are rising more than 500,000 per month. All of those numbers are very bullish. Typically good conditions like that would see the VIX much closer to its long-term level nearer 12.

Fear vs. the Fed

This lack of over-confidence also appears in the American Association of Individual Investors’ (AAII) weekly survey. About 41 percent of investors were bullish last week. While that’s slightly above the long-term average, it’s nowhere near the peaks above 50 percent that we saw in November or late March. Last week’s survey also saw an increase of bearish sentiment, which indicates some investors panicked about the Fed’s policy and likely went to cash. In other words, a lot of selling already took place.

The two indictors, the VIX and the AAII survey, show the the market is still pricing a decent amount of fear. We aren’t recklessly complacent.

In conclusion, the market’s gains may have been aided by the Fed’s low interest rates. But it’s been anything but a pure sugar-high fueled by easy money. The underlying picture is more nuanced, with a haze uncertainty lifting, strong corporate profitability and pricing power. There’s also a robust job market and an apparent lack of complacency in the market.

Wider Fears Amid Some Good Results: Earnings This Week