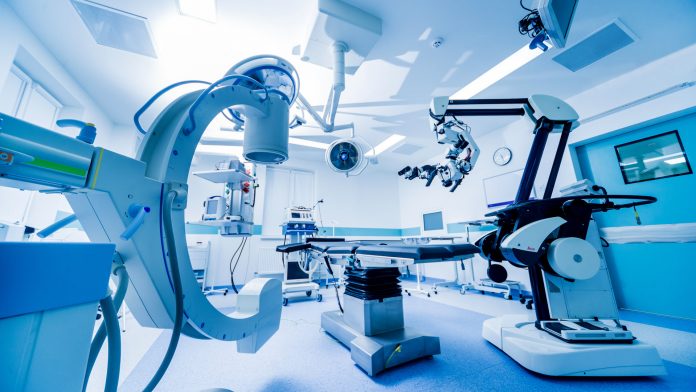 Health-care stocks have lagged the market for years, but now the sector is coming to life as the coronavirus pandemic winds down.

The SPDR Health Care ETF (XLV) has outperformed the S&P 500 by 2.5 percentage points so far this week. That puts it on pace for its biggest gain relative to the broader market since July.

Several forces seem to be coming together at once. First, has been good regulatory news. The Food & Drug Administration approved Biogen’s (BIIB) Aduhelm Alzheimer’s drug on Monday, propelling the stock 46 percent in just four sessions. Eli Lilly (LLY), which has a similar product called aducanumab in late-stage trials, is also up 16 percent. That makes them the only two members of the S&P 500 with double-digit gains so far this week.

The news could be important because BIIB’s Aduhelm was considered controversial. The reason? It reduces amyloid plaque in the brain, which has never been proven to cause Alzheimer’s. The FDA’s decision to allow the treatment regardless could signal a more lenient regulatory environment for companies across the entire industry.

The third positive is lower interest rates as the 10-year Treasury bond yields hit their lowest level in over three months. The news follows weak employment numbers, which will probably keep the Federal Reserve from tightening monetary policy. (Odds of a rate increase this year have fallen sharply in the last week, according to CME’s FedWatch Tool.)

Lower rates and weaker growth can support health-care stocks because they don’t benefit from a surging economy. That places them in a different bucket from cyclical reopening plays like retailers and airlines.

A fourth likely positive for some health-care stocks is a resumption of activity in medical facilities. Government data shows U.S. hospitals are still down more than 100,000 jobs from February 2020. The overall health-care industry remains about 500,000 workers below pre-pandemic levels. As business returns to normal, it could increase the use of drugs and medical devices.

Health Care Stocks on the Move

This article drew upon techniques covered in our recent webinar about using TradeStation to discover leadership in the stock market. Key materials, including lists for hundreds of companies in dozens of ETFs, are available for free download here.

Using RadarScreen to analyze the members of XLV provided above, we looked for stocks that hit new highs or showed other noteworthy price action yesterday. Below are some of the results. The list is provided for educational purposes only and shouldn’t be considered recommendations.

Align Technology (ALGN): The maker of Invisalign braces has trended higher for the last decade. It broke out to new all-time highs in October after a new social media-based marketing strategy drew teen patients. It also beat estimates and issued strong guidance on April 28. The stock tried to rally at the time but pulled back to test its 50- and 100-day moving averages. ALGN came back to life yesterday, with its biggest gain in three months and its highest close since issuing results.

AbbVie (ABBV): The biotechnology company has been losing revenue from its Humira arthritis drug more slowly than feared. It’s also rolling out new immunology drugs like Rinvoq and continues to grow Botox. The last earnings report beat estimates. ABBV rose after the news and pulled back to hold its 50-day moving average and previous high from January.

Intuitive Surgical (ISRG): The maker of da Vinci surgical robots beat estimates again on April 20. The stock gapped to a new high but pulled back to test earlier price levels and its 50-day moving average.

Illumina (ILMN): The genetic-sequencing company ripped to all-time highs in February after crushing estimates. It raised guidance again on April 6 and reaffirmed those numbers in late April. The stock has mostly drifted despite the news but recently bounced at its 200-day moving average and last summer’s highs. Yesterday ILMN closed at its highest level in 3-1/2 months.

Edwards Lifesciences (EW): The maker of heart valves took a hit in 2020 as the pandemic slowed activity in hospitals. But now it’s surging back and beat estimates in April. The stock rallied, pulled back and bounced. Yesterday it closed at a new all-time high near $100.

In conclusion, health-care stocks have mostly lagged the market since about 2015. Investors have also ignored them recently as they focused on reopening stocks. But some appear to benefit from both long-term growth stories and shorter-term reopening trends.