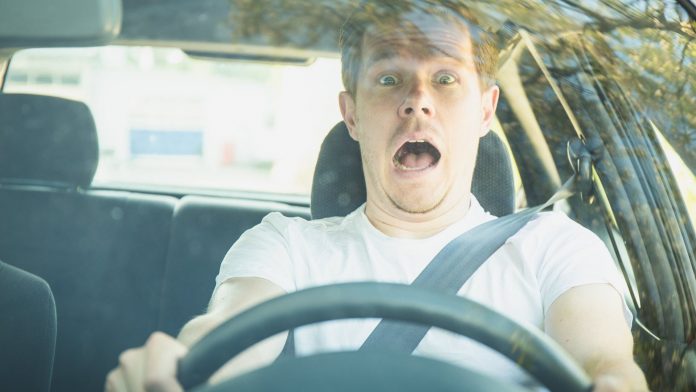 For months, Jerome Powell told investors not to worry about inflation. Today they started doubting his advice.

The Bureau of Labor Statistics reported this morning that consumer prices rose 4 times faster than expected in April. Much of the surge came from commodities like oil, but there were also signs of inflation getting more deeply established. Core inflation, which excludes food and energy, rose 3 times faster than expected. There was also a disturbing 10 percent spike in used-vehicle prices — yet another sign of shortages across the economy.

Markets panicked in response. The S&P 500 dropped almost 2 percent, its biggest decline since late February. The Cboe Volatility Index (VIX) also rose to its highest level since early March. High-multiple growth names like Apple (AAPL), Amazon.com (AMZN) and Tesla (TSLA) led the carnage. Inflationary stocks like energy and metals were strong early but soon rolled over. By the time the dust settled about 90 percent of the index’s members were down.

There are several takeaways. First, rising inflation makes long-term Treasury bonds less attractive. That drove up yields to their highest levels since the end of March. It also whacked homebuilders, which had benefited from the tight housing market.

Next, the inflation numbers have lots of aberrations. Some of the increases, like used vehicles and lumber, resulted from coronavirus disruptions. Months of production were lost when thousands of factories effectively closed in 2020. This has inevitably caused shortages — especially as businesses reopen and social distancing ends.

But how long will the disruptions last? Bloomberg reported on April 20 that the cost of raw, uncut timber remains near record lows. That could bring down lumber prices once the sawmills get caught up. There’s also no shortage of crude oil, thanks to fracking. The same could be true for other items like semiconductors.

But on the other hand, potentially worrying signs have appeared in the job market. Last month’s non-farm payrolls report showed factory workers down by 18,000 despite surging orders for manufactured products. Another report showed 8.1 million job openings in March, about 500,000 more than the pre-pandemic record. Despite the demand for workers, 8 million fewer people are employed. That’s downright weird.

Ethan Harris, chief economist at Bank of America, wrote today that certain workers are reluctant to return to work because of coronavirus. This raises an important question of when, if ever, things will “return to normal.” Will vaccines and falling infections solve the problem? Or will certain jobs simply become unfillable and uneconomical? Those will remain key questions in coming months.

Another huge anomaly in today’s inflation report was the so-called “base effect.” Prices were compared to April 2020, when the initial lockdowns hammered the economy and depressed prices. Each month going forward will look back to similarly unusual year-ago periods. That also makes the data less meaningful.

The other big issue is how the inflation backdrop will hurt confidence. Will consumers and executives panic? Could money managers boycott Treasuries and demand higher yields to offset long-term price increases? Will that cause a spiral of higher interest rates?

While it’s easy to paint a bearish picture, these issues may fix themselves. Higher interest rates naturally slow price increases. Higher prices also spur investment, which increases production of goods like oil and lumber. Ultimately, investors must decide for themselves whether the glass is half empty or half full.

Finally, regardless of the short-term disruptions certain things probably won’t change. Consider these:

In conclusion, the global economy has taken unprecedented hits from last year’s shutdown and this year’s reopening. Last week’s jobs reports and today’s inflation number showed that things haven’t yet returned to normal. The big question now for investors is whether all the risk is priced in, or there is more to come.