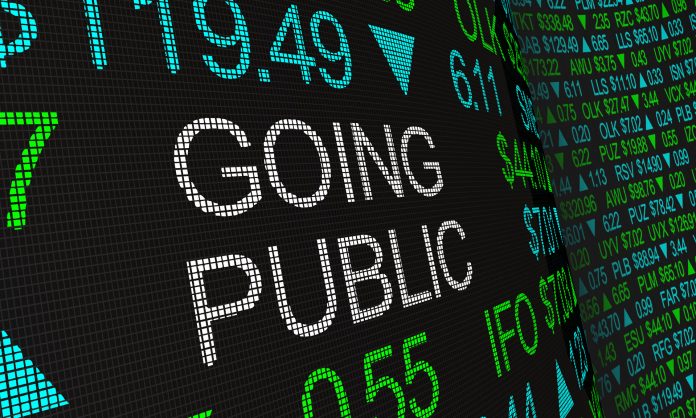 ABNB rose 5.7 percent yesterday and DASH rose 3.1 percent. Both pulled back from their peaks but still had their highest closing prices ever.

There weren’t any clear catalysts for the moves, and they weren’t alone. Recent initial public offerings (IPOs) are beating the broader market by a wide margin. But they aren’t outperforming just any old corner of the stock market. In particular, they’re shooting ahead of large stocks in the Nasdaq-100.

The newer companies represent the next generation of innovation. ABNB is disrupting the travel business. DASH is scaling a delivery business for the 21st century connected economy. Other newcomers focus on artificial intelligence, business collaboration, cybersecurity and video-gaming.

In contrast, stocks like Facebook (FB), Netflix (NFLX) and Amazon.com (AMZN) have gone nowhere since early September. The price action appears to be part of a larger trend that’s benefiting smaller and newer stocks. Traders may want to pay attention in case newer companies emerge as leaders in 2021.

The list below was created with tools provided in this webinar. Using the custom indicator !IPO_tool, we scanned for companies with less than 120 days of price history and at least $100 million of revenue in the last year. The search also rejected stocks with weak short-term trends by excluding symbols below their 21-day exponential moving averages.

The company’s platform lets companies develop applications with minimal coding. It works with major cloud-based platforms services like Azure and AWS. AI trades for more than 80 times revenue, higher than most software companies.

Upstart (UPST) uses artificial intelligence to assess borrowers based on non-traditional metrics like education. It went public for $20 on December 15 and spiked as high as $69.48 yesterday.

McAfee’s (MCFE) IPO was on October 21 for $20. It’s still below its initial price but has pushed near the top of its range. MCFE was a standalone company until 2010, when it was acquired by Intel (INTC). It was later sold to a private-equity firm that brought it back to the public market.

Telos (TLS) provides cybersecurity to companies, military and the civilian government. It trades for about 18 times revenue and is expected to grow about 50 percent this year. TLS went public for $17 on November 18 and hit a new record high of $34.21 yesterday.

Asana (ASAN) is one of the best performers in the last week with a gain of more than 30 percent. It went public for $21 a share on September 30 and closed at a record $36.48 yesterday.

The 13-year old company’s software helps companies manage products, products, workflows and calendars. It trades for about 28 times sales and is expected to grow more than 30 percent this year.

U specializes in 3D-design software. Aside from videogames, it’s also used in films, car marketing and architecture. It went public for $52 a share on September 17 and closed at $151.13 yesterday.

U trades for more than 55 times revenue and grew more than 50 percent last quarter.

It should be noted that, of the companies mentioned in this article, U and CRSR have gained the least in the last month. Both appear to be bouncing after pullbacks.

In conclusion, the hunt for innovators continue as investors rotate away from large and established technology name. Traders who make an effort to follow the deals may benefit — especially if any of the new disruptors become market leaders.