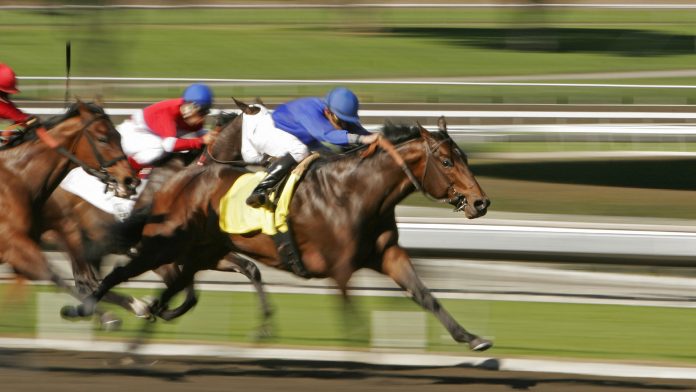 The U.S. economy took a hit last month, but investors may find new opportunities as they come back from the summer.

A wave of initial public offerings (IPOs), changes in Federal Reserve policy and technology news could prove catalysts in coming weeks. We’ll consider each of those catalysts below.

The biggest factor in the near term is likely to be the Fed and the U.S. economy. Chairman Jerome Powell and other policymakers have strongly indicated that they want to slow, or “taper,” the pace of asset purchases. However employers added only 235,000 jobs last month, less than half the expected amount. That, combined with a lack of fiscal stimulus and increased coronavirus infections, could delay a change in monetary policy.

Some 279 companies have raised capital in IPOs this year, according to Renaissance Capital. That passed 2014’s record and is 51 percent above 2020’s total with four months to go. The trend is expected to continue in the next few weeks because 34 companies filed with the U.S. Securities and Exchange Commission last month.

The biggest names could be Toast (TOST) and Freshworks (FRSH), which each want to raise about $1 billion. TOST runs an online payments system for restaurants and revealed sales growth of 105 percent in its filing. FRSH provides customer-engagement services similar to Salesforce.com (CRM), which jumped to its highest level in almost a year following a strong quarterly report on August 25. FRSH’s revenue growth is over 50 percent, according to Reuters.

Will the Fed Taper?

The Fed has been a powerful support to the economy and stock market since coronavirus swept the planet early last year. Aside from keeping interest rates near zero, it’s also purchased $120 billion of Treasury bonds and mortgage securities per month to support the recovery. Officials have signaled they will reduce the purchases before raising rates, making everyone wonder when will the long-awaited “tapering” occur.

Most officials “judged that it could be appropriate to start reducing the pace of asset purchases this year,” the Fed said on August 18. However some policymakers preferred early 2022 because the job market hadn’t fully recovered.

Powell made a similarly ambiguous statement at a keynote speech on August 27, noting “considerable remaining ground to reach maximum employment.”

That was followed by August’s weak employment numbers, which could make the Fed less eager to begin tapering. It also increases the importance of future payroll reports for September and October. The next big event to watch will be the Fed’s regularly monthly meeting on September 22.

Apple (AAPL) could be another big catalyst. The technology giant announced an event next Tuesday, September 14 at 1 p.m. ET. Company followers think CEO Tim Cook will introduce the iPhone 13 and Watch Series 7. The new phone is expected to include as much as 1 terabyte of storage, Lidar and larger screens.

As is often the case with AAPL, the product launch could impact suppliers like Skyworks Solutions (SWKS), Qualcomm (QCOM), Cirrus Logic (CRUS) and Qorvo (QRVO). Keep reading Market Insights for more as the event approaches.

There have also been some potentially important developments in Asia. Japan’s Nikkei 225 index is having its biggest monthly gain of the year after Prime Minister Yoshihide Suga signaled he’ll step down. Markets hope his successor will be more effective guiding the economy back from the pandemic.

Sports betting could be another trend to watch through the end of the year. The industry started with a favorable Supreme Court ruling in 2018 and struggled with the pandemic in 2020. However, it’s continued to take shape and may return to focus with professional football starting this week and the World Series next month. Here are some stocks to know about:

In conclusion, stocks have trended higher all year as buyers rotate between value, growth, technology and healthcare. Now another set of catalysts has emerged as investors return from the summer break. Hopefully this article helps you know some of the important trends to watch.