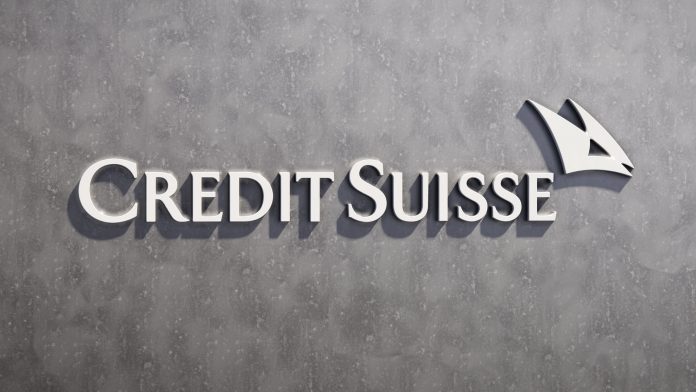 Credit Suisse has taken a wild ride as investors worry about the iconic European lender.

The Zurich-based investment bank’s U.S.-listed shares began the week by knifing to a record low of $3.71, 75 percent below their February high. They quickly reversed and rallied 21 percent into Tuesday’s close, but remain down 12 percent in the last month.

CS has been tanking on concerns about its balance sheet following a series of high-profile losses. For example, CS lent billions of dollars to the collapsed hedge fund Archegos Capital Management. It also expects to spend years in court after facilitating loans to Greensill Capital. (A British supply-chain financing company that went bankrupt in April 2021.) More recently, The Wall Street Journal reported that CS could incur smaller losses on a junk-bond sale linked to Citrix Systems.

Those company-level problems came at a difficult moment for the broader market as the European economy struggles with interest-rate increases and energy shortages. Other major lenders like Deutsche Bank (DB) and Barclays (BCS) have also hit multiyear lows as the euro fell below $1 for the first time since 2002.

CS’s problems triggered nightmares of a liquidity crunch, with investors and other banks potentially refusing to extend short-term credit. That could produce a self-fulfilling prophecy, when fears turn into a downward spiral of missed payments and financial contagion.

The panic reached a crescendo on Monday and triggered historic moves in the derivatives market. Credit-default swaps (CDS), which measure the perceptions of a company’s default risk, jumped to their highest levels since the 2008 financial crisis. CS also traded 92,692 put contracts in the session (another record, according to TradeStation data) as investors braced for potentially lower share prices.

The stock is now priced at roughly one-fifth its book value, a sign of the anxiety about a potential failure. Some observers have even speculated that CS might become the “next Lehman.” (That refers to the Wall Street investment bank that collapsed in 2008.) Such an event could have a potentially systemic effect across the financial system. It would also create a challenge for central bankers trying to reduce inflation with tighter monetary policy.

Despite the volatility, it’s not clear the worst-case scenario will occur for CS.

First, the bank announced a risk-management overhaul in June to avoid future situations like Archegos.

The following month, it promoted Ulrich Korner to CEO. Korner previously ran its asset-management division, which some analysts expect to help in a potential comeback.

While more turmoil could happen in the market at any time, attention is now focusing on the morning of Thursday, October 27. That’s when CS issues quarterly results. Even more important, executives will announce structural changes to rebuild its business. Financial Times reported the moves could include splitting up its investment bank.

Traders may now view that announcement in three weeks as a key event for CS.

In conclusion, rumors have flown about the financial health of Switzerland’s biggest bank. These follow years of losses and have been aggravated by tightening monetary policy. A collapse of CS could potentially trigger a financial crisis in Europe. However some observers think the worst-case scenario will be avoided. Hopefully this article helps you know the key issues and events to watch.