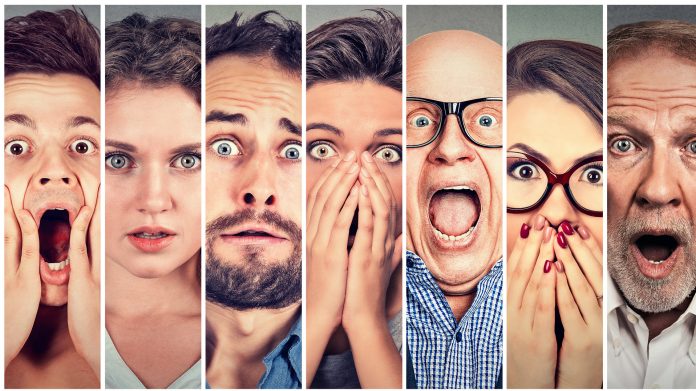 Investors are freaking out about the stock market as inflation pummels major retailers like Walmart and Target.

The S&P 500 fell 3 percent last week. At one point on Friday it slipped below 3855, representing a 20 percent drop from the high of 4819 on January 4. That’s the traditional line where a “bear market” officially begins.

Prices clawed back to close back above 3900, but it was enough to drive plenty of conversation and headlines. As the Google Trends chart below illustrates, “bear market” had its highest reading since the crash of mid-March 2020. It’s near levels from late 2018. (Interestingly, rebounds followed both spikes.)

Most of the news was bearish — especially for consumer stocks like Walmart (WMT) and Target (TGT). Both retailers had their biggest selloffs in decades as higher costs weakened profitability. Inflation prompted others like Bath & Body Works (BBWI) and Ross Stores (ROST) to lower guidance.

The economy and inflation may remain in focus this week, especially with minutes from the last Fed meeting on Wednesday afternoon. (See below for more key events.)

The Consumer Discretionary sector fell 7.8 percent last week. While that didn’t set records in absolute terms, it was the biggest drop relative to the broader market since October 2008. The sector is now the worst-performing major group in 2022, pushing Communications from the bottom of the rankings.

The S&P 500 is down seven straight weeks, its longest losing streak since March 2001. (The Dow Jones Industrial Averages is in its worst funk since 1923.)

The S&P is trying to hold a price zone from from March 2021, when it bottomed at 3723. Is the inflation problem easing, or will more companies be forced to cut guidance like WMT? Once investors have more clarity on such questions, they may look for a rebound or a drop to new lows.

Last week saw a rally attempt fail around 4091. That was near the May 2 low, which could make some chart watchers view the level as potential resistance.

Another potential pattern to watch is the falling trendline along the highs of April and early May. Prices have yet to approach this line. Traders could be looking for it to trigger more downside, or a bullish reversal (like happened in mid-March).

Two other charts may be giving the bulls some glimmers of hope: 10-year Treasury yields and the U.S. dollar index. Both surged as the market fell earlier this year but have gone more than a week without hitting new highs. Drops in those could signal less anxiety about interest rates and the Fed.

Speaking of the Fed, minutes from the central bank’s last meeting are due this Wednesday, May 25. It could be the most important event this week as investors look for more clarity on interest rates and balance-sheet reduction.

There are also several more quarterly results, including retailers.

Wednesday morning features crude-oil inventories and results from Dick’s Sporting Goods (DKS). Fed minutes are due at 2 p.m. ET. Nvidia (NVDA), Snowflake (SNOW) and Splunk (SPLK) are due in the postmarket.

Friday morning brings personal income and spending. This report could matter because it includes the personal consumption expenditures (PCE) deflator, one of the Fed’s key inflation measures.

Activity could also slow late in the week because of Memorial Day weekend. (Markets are closed Monday, May 30, in observance.)