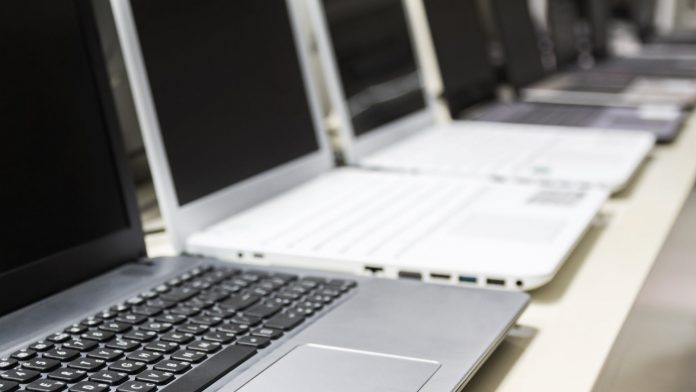 Stocks have tumbled in the last week as investors worry about the omicron variant of coronavirus. However a certain group of technology firms was rallying before the selloff: computer hardware.

“All signposts point to continued strong market demand, and we intend to continue winning in the consolidation and gaining share over the long term,” DELL Chief Operating Officer Chuck Whitten said on the conference call. Commercial revenue grew a record 40 percent to $12.3 billion.

HPQ’s CEO, Enrique Lopes, made similar comments: “As more offices reopen, we lead our shift toward Windows based commercial products where we saw their strongest demand and highest profitability. We continue to see significantly elevated order backlog.”

A combination of PC upgrades and purchases for new employees is driving the boom. There’s also growing demand from consumer gaming and data centers.

The turnaround has surprised Wall Street, which for years have shunned the industry in favor of newer products like smart phones and cloud computing. Analysts are scrambling to keep up, with researchers at banks including B of A, Wells Fargo and Deutsche Bank raising price targets.

Valuations could be another talking point because PC makers trade for less than 10 times earnings. Flashier stocks like Apple (AAPL) and Nvidia (NVDA), in comparison, trade for 28 times and 65 times, respectively.

Global markets could be another part of the story. Research firm Canalys reported yesterday that the European PC market grew 21 percent in the third quarter thanks to strong commercial demand. China also had record shipments as Beijing’s push for automation (known as “Industry 4.0”) drove business demand.

In conclusion, investors have mostly ignored PC makers as “boring” for years. There have also been supply-chain issues (especially for HPQ and WDC). However the price action and news flow suggests Wall Street is starting to pay attention again.

IPOs Have Their Best August in Five Years

Stocks Crash and Rebound as Extreme Caution Keeps a Lid on...