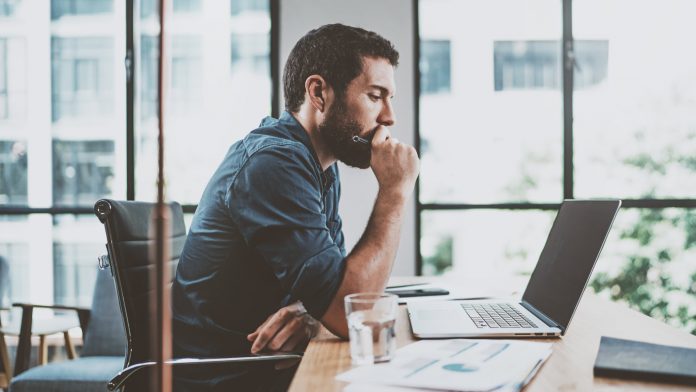 The S&P 500 closed little changed on Wednesday as investors thought they would settle into a quiet Thanksgiving, but reports of the new pathogen hammered the index by 2.3 percent on Black Friday. It was the biggest one-one day drop since February 25, resulting in the lowest close in a month.

Countries including the U.S., Brazil and Britain restricted travel after omicron appeared in South Africa and the World Health Organization labeled it a “variant of concern.” New York state declared a state of emergency and more news could emerge today with President Joe Biden planning to update Americans on the situation today.

The worries come at a strange time because it appeared that the crisis was passing into the rearview mirror. Last week, for instance, the Labor Department reported that initial jobless claims shrank to a 52-year low of 199,000. While that number was skewed by seasonal adjustments, it highlighted how much the economy and job market have recovered.

The Federal Reserve had already cut monetary stimulus. Minutes from its last meeting were even more hawkish as officials worried about rising inflation. But how will they respond to omicron and its potential hit to the economy? That could be a big question facing investors into the next Fed meeting on December 15.

Drug companies providing coronavirus vaccines and therapeutics, including Moderna (MRNA) and Pfizer (PFE), were some of the biggest gainers.

Last week’s pullback may have done some technical damage to the S&P 500’s uptrend. First, the index made an all-time high near 4744 in the first hour of trading on Monday. But momentum quickly faded and it closed under the previous session’s low, resulting in a so-called bearish outside day.

The index proceeded to drop below the previous week’s low as well, resulting in a bearish outside week. Those are potential reversal patterns.

Next is the trendline that began in March and ran along the summer lows. The recent high has occurred around that line, which may suggest old support has become new resistance.

Third, breadth measures including the Advance/Decline line have weakened. (See our related story for more.)

One question now facing investors is whether the index will retest the 4540 area. That would be near its early-September high and 50-day moving average.

This week has several important economic reports. Coronavirus news is also likely to impact sentiment as traders assess the impact of omicron.

Today will feature comments by President Biden over the pandemic and pending home sales.

Tomorrow brings important testimony in Congress by Fed Chair Jerome Powell, which could be monitored for guidance on omicron. Consumer confidence is also due. Salesforce.com (CRM) announces quarterly results in the afternoon.

The week concludes with the important non-farm payrolls report on Friday, along with ISM’s service-sector index.