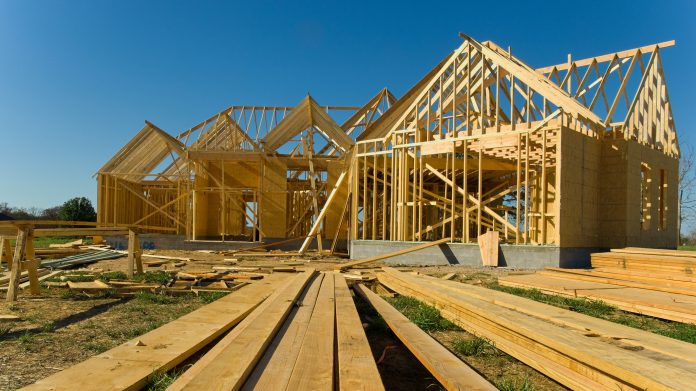 Markets had their biggest rally since the start of the year today, led by an unexpected sector.

Housing stocks ripped over 4 percent, more than triple the gain of the broader S&P 500. That landed the iShares US Home Construction ETF (ITB) at its highest level since early October.

Not many short-term catalysts explained the moves. Recent data on the sector have been mixed at best, with December’s pending home sales report down more than expected, and price gains the slowest in years. A separate report for November, delayed by the government shutdown, revealed a spike of new-home buying.

Instead of resulting from short-term headlines, Tuesday’s moves seemed to be an example of investor rotation. That’s when money managers shift capital into a certain group or sector based on their expectations, which may not become more widely known until much later.

Housing seems to follow this pattern because it makes strong yearly moves. ITB hit new highs early in 2017 and kept ripping for the next 12 months. Then it did just the opposite last year by declining virtually without interruption from January through December.

Big investors may have reasons to like the sector now because the job market remains historically strong and the Federal Reserve has committed to keeping interest rates low. Lumber prices, a key input cost, have also dropped back to their lowest levels since mid-2016.

In conclusion, there’s been a lot of fear of trade wars, Brexit and government shutdowns. In response, investors seem to be returning to a forgotten corner of the market with little direct exposure those risks.

Chart of the Day: DIY Giant Tries to Break Out Before Key Data

E-Commerce and the Cloud Have Taken Over the World: Earnings Season...