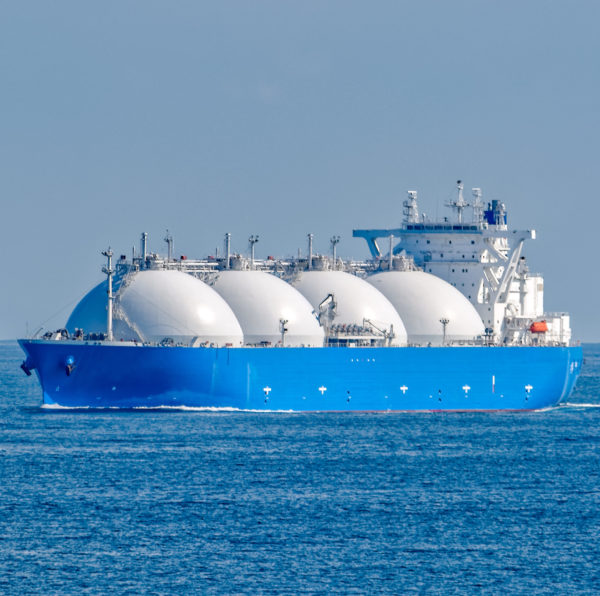 Someone is using options to ride the trend of U.S. natural gas exports.

Market Insights previously covered a large trade in Cheniere Energy (LNG), whose tankers to export liquefied natural gas around the world. At the time, the investor was rolling a bullish position forward in time. Today, they extended their trade further out in time:

What’s going on? First, owning calls fixes the price were a security can be purchased. Selling them generates income and creates an obligation to deliver shares if a certain level is reached by expiration.

Second, you can combine these two strategies into a vertical call spread. That gives you the right to potentially leverage a move between two levels. (See our Knowledge Center for more.)

LNG is currently up 2.26 percent to $66.58 in early afternoon trading. It’s appreciated 24 percent so far this year.

The bullish transaction appeared as trade tensions between with Europe and Mexico showed signs of improvement. It also comes after President Trump chided Germany for buying energy from Russia instead of the U.S.

On background, exports have been spiking as gas from domestic shale deposits finds its way to recently built compression facilities in the Gulf of Mexico. Government statistics show Japan, China — even Jordan and Kuwait — are among major buyers.

In conclusion, U.S. natural-gas exports are on the rise and options traders are want to playing the move with LNG.