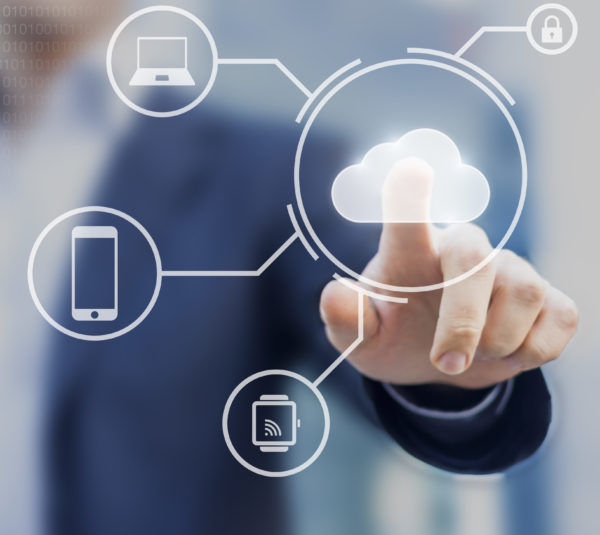 Last month we examined how some of the biggest names in Tech are becoming powerhouses in Cloud Computing. Today we’ll look at some smaller names riding this wave, which has quietly become one of the strongest trends in the stock market.

For this story, we simply kept a list of companies that prominently mention “cloud computing” and ranked their one-month performance in RadarScreen®. It’s an especially good time to do this because several have recently issued quarterly results.

F5 Networks (FFIV) tops the list with a gain of 21 percent in the last month. First flagged on Market Insights in March, the provider of application-delivery networks rode a key upgrade from William Blair to new all-time highs on April 13. Management then followed with better-than-expected earnings on April 25.

Want to learn more about RadarScreen® and other powerful tools on TradeStation’s award-winning platform? Click here to sign up for a deep dive master class this summer!

Second place goes to VMWare (VMW). Its virtualization software, which lets big servers simulate multiple smaller computers, helped introduce the concept of cloud computing to investors early this century. VMW’s also had strong earnings, but traders have been more focused on takeover speculation and investments by activist Carl Icahn. Its next earnings report is due in late May.

As a quick explainer, “cloud computing” is the practice of companies running their programs on remote servers instead of in-house computers. It’s gained popularity in recent years because IT managers find it easier to administer, expand and secure.

Nutanix (NTNX) is one of the newer and best performing members in the space. Its “hyperconverged infrastructure” sucks every bit of processing power and memory out of both computers and network devices. NTNX’s repeatedly beaten estimates and continues to get high praise from analysts. It’s also in a so-called bullish ascending triangle and flirting with new all-time highs. (See chart below.) Earnings are in about two weeks.

Some older companies are also re-emerging as cloud players: NetApp (NTAP) has morphed from a data-storage firm to a provider of cloud-based software. Akamai Technologies (AKAM), which grew to prominence by caching web sites, has returned to growth mode thanks to cloud-based security products. Juniper Networks (JNPR) made similar noises last quarter.

One other company very new company to watch in this space Pivotal Software (PVTL), which has only been a public company for only a few weeks.

Buying the Pullback? You Can Find Them After Earnings With These Smart Alerts