Today let’s check out some triangles in tech.

Stocks sometimes have “continuation patterns.” That’s when they’re rising or falling over the longer term, but pause and move sideways for a month or two. During that period of consolidation, technicians watch for certain technical patterns that may suggest the bigger trend will continue.

Ascending triangles are one of the most common patterns for bullish trends. They involve a flat line across the top and a series of higher lows. Each time the shares probe resistance, they gets closer to breaking out. For a textbook example of this pattern look at the Semiconductor ETF (SMH) bucking $88 in the summer before ripping toward $100: 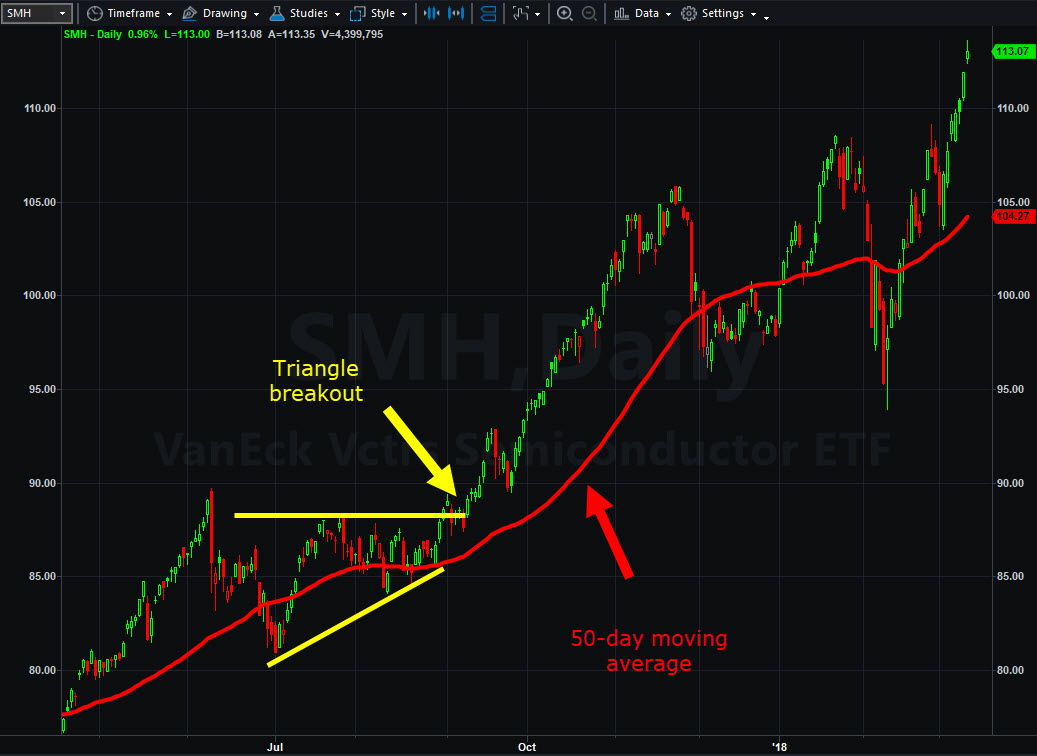 It just so happens that several big names in the technology sector are currently showing similar patterns. The good news for options traders is that they all have average volume of more than 20,000 option contracts a day, which may provide tighter pricing on the calls and puts. Remember liquidity is key in the options market.

The first one is semiconductor superstar Nvidia (NVDA). It’s been riding a wave of strong results, new product growth and rampant enthusiasm toward the chip-making industry. The flat-line resistance level is around $250, with higher lows around $204 and $222. Interestingly NVDA also had a very clear triangle and breakout in December and January: 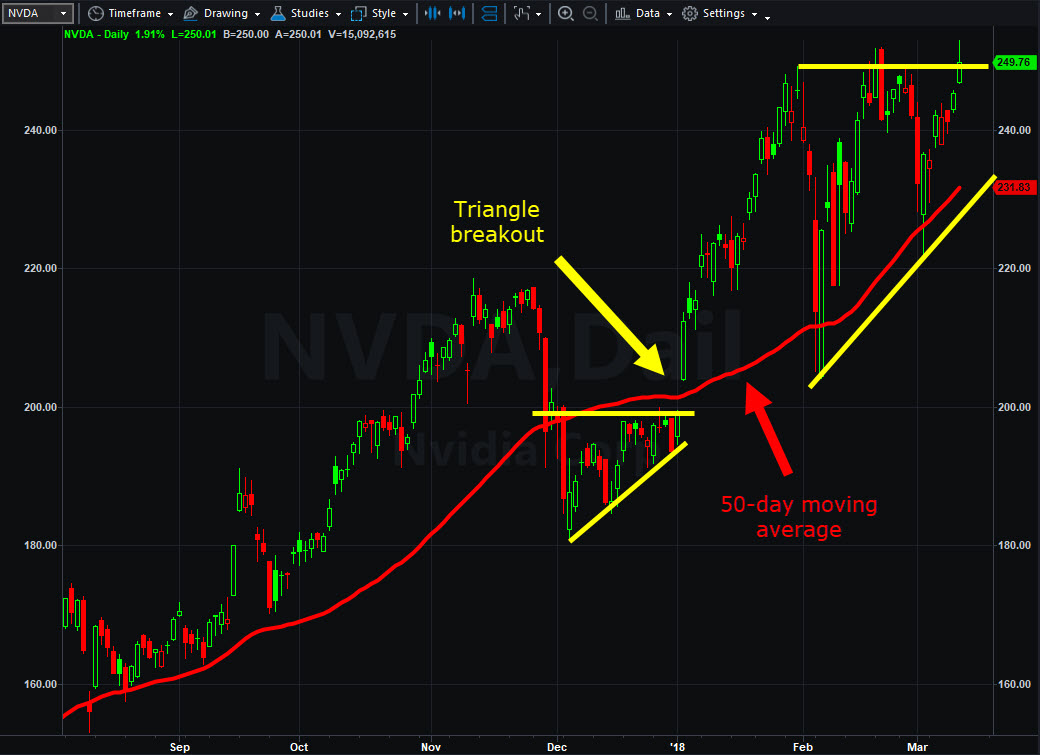 Visa (V) is next. (Believe it or not, the credit-card processor is considered a tech and not a financial.) The fundamentals are similar: strong results, a broad secular growth story and a healthy economic cycle. V, which presents at the Barclyays Emerging Payments Forum tomorrow, has been pushing $125. 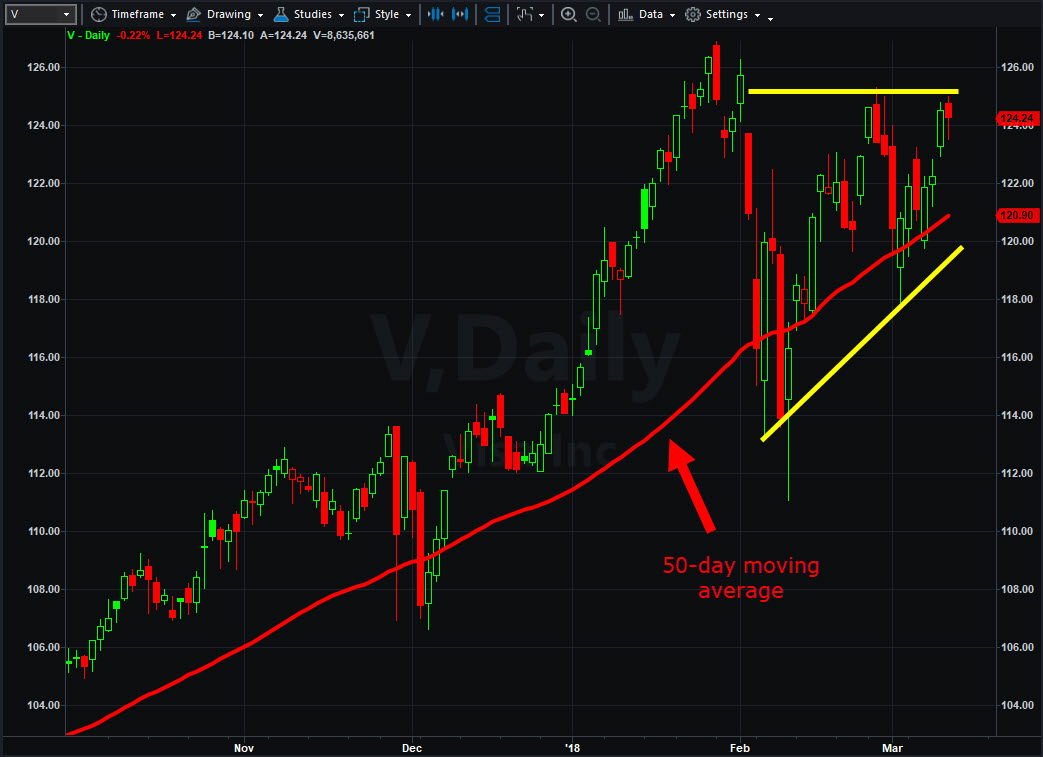 EBay (EBAY) had all kinds of good news on February 1. Not only did earnings beat amid a series of positive initiatives, but management also ditched long-term partner PayPal (PYPL). Now those services will move elsewhere, opening the door to more profit. Its resistance level is $44, with higher lows around $40.50 and $42. 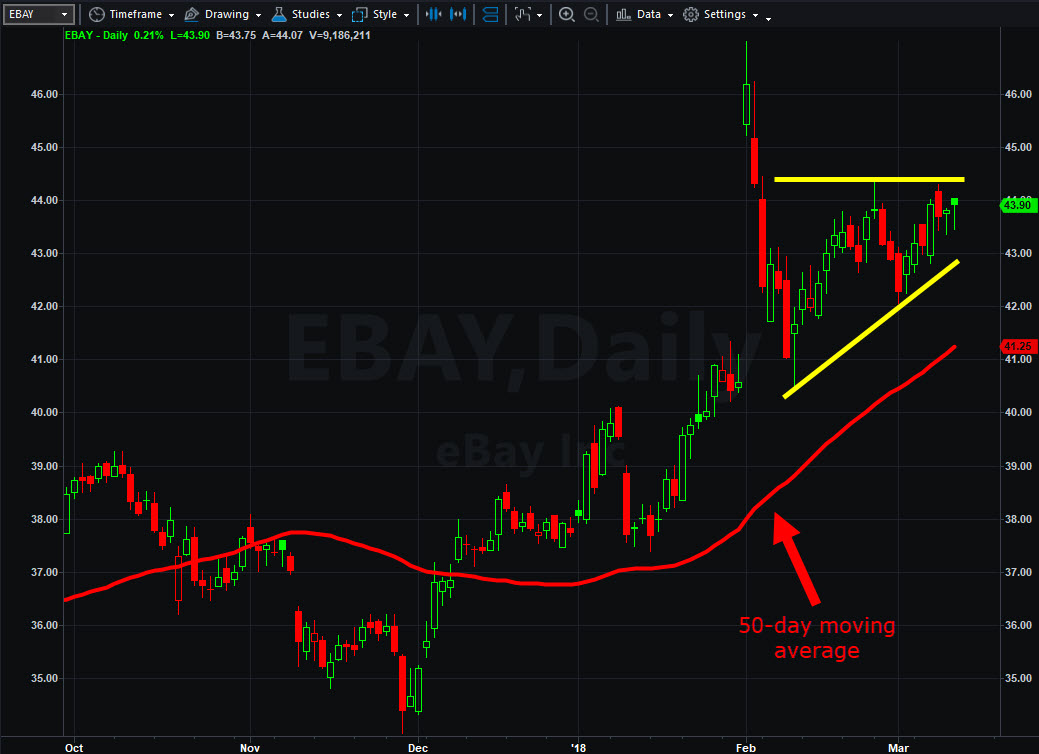 PYPL presents at the Barclays event today. It plunged below $80 on that EBAY news, but now is clawing its way back: 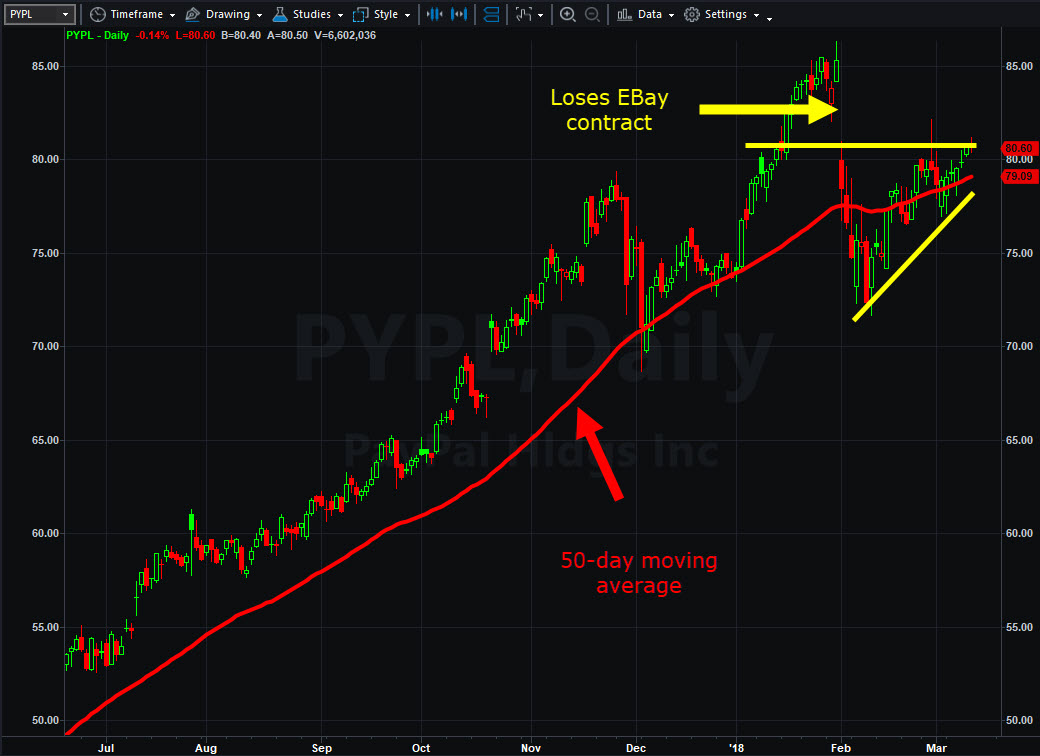 Finally, Microsoft (MSFT) appears to have broken the top of a triangle around $95.50.

How Tax Cuts Have Hit the Mark, One Month In